Part One: Pre-Launch – A Guide to Launching Indie Games 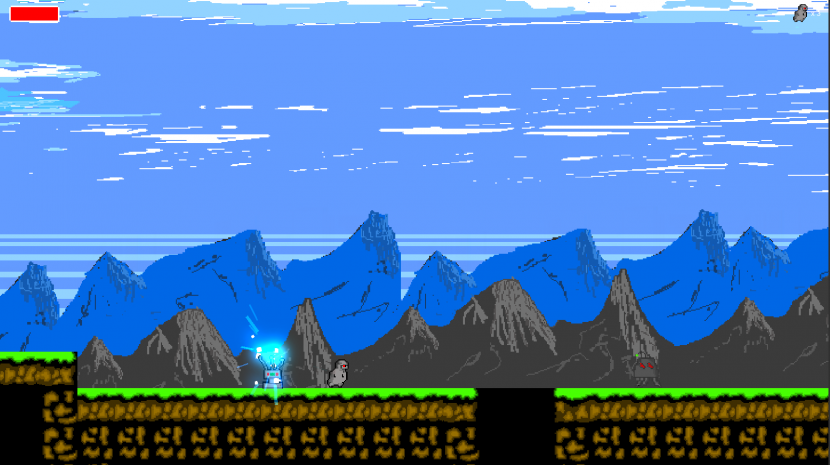 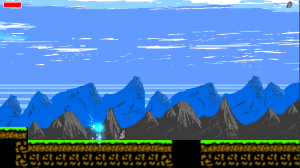 Lazy Titan Game Studio – Time Jump
When you’re creating a new game, one of the worst marketing mistakes is not to tell anyone. A successful launch begins months in advance. And if you don’t have an audience, then you need to start building one. Here are our top tips on breaking through:
1. Engage with viewers
Create a development session;Document your game progress (in Youtube);New programming language designs for building name games;Stream coding, art creation and even testing sessions of your game on Youtube or a selling platform like Steam’s Early Access;Give your audience a peek at how you built the game;Streaming also gets your audience excited about gameplay and visuals.Tips:Dedicating time to streaming your game is a great way of hyping the audience into your game journey.Keep your broadcast simple: a desktop screencast shows what the streamer is working on, while a camera pipes a view of them to a corner of the video. Keep your studio or chatroom interactive so you are engaging your audience.Streaming and video are popular trends with Game Developers. Even the world’s leading social video platform and community for video game culture “Twitch” has dedicated an entire category to streaming games.The value of streams doesn’t end when the game is launched. Not only does Twitch save streams for later viewing, but developers can upload recordings to YouTube. 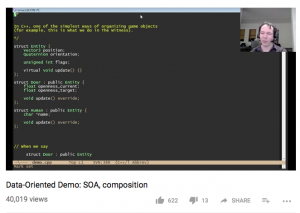 If you’d like to set up a stream of your own, here are five things to aim for:

Focus on a topic: Before you start your stream, decide on what you’ll work on. If your stream doesn’t have a focus, your viewers will lose interest;

Show gameplay: Getting a behind-the-scenes look is great and keeps viewers interested;

Conversation is key: Be lively, exciting and talk about what you’re demonstrating.

Interact: Don’t talk to yourself but interact with the audience in your stream’s chat room. Answer any questions they may have and start a conversation to keep momentum.

Selfie Camera: Broadcast your headshot on a corner of the video stream. People like putting faces to voices and seeing someone helps make the experience more entertaining.

Nathanael Weiss at WizardFu Games does a fantastic job of live streaming the creation of his, Songbringer. During each broadcast he covers a topic, walks viewers through how he tackles it, dives into the code, and shows gameplay.

2. Be An Active Community Member

Seek out people who might be interested in the kind of game you’re working on. Where do they hang out? Look for selected game website/platforms, forum, chat room or network and participate in game events.

If you participate on an online network or forum, contribute to conversations and give constructive feedback. Don’t shamelessly promote yourself and your game. There will be enough opportunities to mention what you’re working on and spread the word.

Here are a few communities that could help you prelaunch your game:

REDDIT:  On /r/gamedev/ you’ll find links to resources/discussions about indie game development. Reddit doesn’t look on self-promotion kindly, but does encourage it in some instances.

IndieDB: IndieDB is designed from the ground up to shine a light on indie games. Devs can submit their games to the database, where they can blog, upload screenshots, list mods, write tutorials and more. When developers post to their blog, their article will be featured on the site’s front page. What’s more, users can discuss the zen and art of game development on the forums.

TIGSource: TIGSource may not have a database of games like IndieDB, but it has a thriving forum of fellow indie devs. An added perk is that bloggers often browse the forum and write about games they find interesting. Even TIGSource editors may highlight a game they like.

Gamasutra: While Gamasutra‘s bread and butter is providing game industry news, it also has a developer blog section. Although its blog posts from “experts” might get more attention, the site does feature articles from regular members. If you’ve got an idea for an opinion piece or how-to article, consider Gamasutra.

While alpha and beta tests serve a practical need when it comes to debugging and refining your game, they are an effective marketing tool that gets your game in the hands of players.

If you’ve managed to get the attention of bloggers and the press before, this is the perfect opportunity to get more. If not, this is a good time to reach out. Throughout the process you’ll learn what players love most about your game, meaning you can refine your pitch for launch.

Understanding which features users need (and considered most valuable)

Figuring out how to tell potential customers what their product is and why they should use it.

When your game’s put through alpha and beta tests, you’ll have ironed out bugs and will know exactly what excites players the most. Armed with that knowledge, you should have a smoother launch and a better pitch for your game. Here are some tips on how to run a test:

Reddit: On /r/gamedev/ and subreddits related to the kind of game you’re making.

Influencers: Send a note to people who you respect that have large followings online. If you get them interested, you might win over valuable followers who resonate with your game. They may mention your game during its play-test phase and spread the word at launch.

Streamers and YouTubers: You don’t have to wait until your game is completed to reach out to online video personalities.

As a game creator looking to keep ahead of the market, the need for a digital presence is the way to keep your game in the mind’s eye of regular fans, potential players and buyers.

In this fast-paced world, you can’t afford NOT to have a blog.

A blog can keep you connected with your existing and new readers who like your game;

Blogging about your game and art, the general state of the game world or the reasons why you create the game;

By keeping an online diary about what you’ve completed, what you’re working on, what your roadmap looks like and more;

Blogging is also a good way to share your opinion whether that’s on game development, the game industry or other matters.

You’ll attract people who are interested in the game development process, whether they’re fellow developers or not. If you’ve solved an interesting design challenge while working on your game, write about it! It’ll give viewers a behind-the-scenes look at game development and may even help others facing similar roadblocks, while telling them about your game.

While giving viewers an inside look at game development, you’re also helping them find your game in the Internet wilderness. People will link to and share your content, all the while helping you create your brand — whether for yourself, your studio, or your game. Of course, there’s an additional perk: your website’s SEO will improve, and it’ll be more likely to appear higher up on search results.

Getting press coverage before your game is ready is a proactive approach. Not only does it help spread the word to gamers in advance, but you can guarantee journalists who write about your project before launch are likely to write about it again. Why? Journalists love following up.

Here are some guidelines when you try and get some press:

Announcement: If you haven’t said much about your game, you can try and get the press to cover it when you “officially announce” it. Be sure to have a trailer (with gameplay) and screenshots.

Crowdfunding: If you’ve decided to put your project on Kickstarter/Crowdfunding, now is as good a time as any to look for press coverage.

Steam Greenlight: If you’ve submitted your game to Steam’s Greenlight program, reach out to everyone who’s covered your game before and contacts who haven’t.

Beta Testing/Steam Early Access: When it’s time for play-testing, reach out to the press with information on how people can participate. Note: Sometimes, the press won’t be willing to write a story for their website, but they’ll be happy to send out a tweet. If you don’t hear back, send an email reminding them and ask (nicely) if they’ll at least Tweet about your playtest.

Launch: Barring future updates to your game, this is the last opportunity it’ll have for press.

If you are planning a successful crowdfund, you’ll need a decent database to be able to have a winner campaign. Also by collaborating or joint venturing with organisations who have big databases which you can leverage. Request them to help you spread your campaign via their mailing lists and social media platforms. If you haven’t got a database and networks, start building one now.

If you’re a game creator and want to earn money from your passion, then social media marketing is essential. All businesses could benefit from having a closer relationship with their customers. However, social marketing comes much more naturally to gaming niches. If you want to gain exposure using great platforms, then here are some of our best tips.

Create social media accounts and select the platform that you can reach your audience.

Start posting updates about your project. When your game is still quite away from release, social media provides followers passive updates and keep the game in their mind.

You can leverage your social platforms to share your blog posts, streaming sessions, screenshots and more.

Focus studio branding: By doing this, you will help build your audience for future games.

Check out Yacht Club Games, for example, how it uses its studio’s Twitter profile as its main account, but also has a Shovel Knight-specific account for interacting with fans.

DON’Ts: Don’t write like a soulless PR machine. Instead, be human and genuine. Don’t pitch your game to members of the press on social media. Use email instead.

DOs: Link to your website from your social media profiles. Post screenshots and video clips as often as possible. Updates with media tend to stand out. Use hashtags #gamedev and #Screenshot when posting updates and searching for fellow developers.

You’ve heard lots of buzz about crowdfunding campaigns. A Kickstarter campaign can build a community around your game and provide extra funds but it needs to be marketed.

However, a Kickstarter needs to be carefully planned out. You need to have a strategy and work hard toward the campaign. Look at “Golem Arcana” Kickstart campaign. It’s a digitally-enhanced miniatures board game Kickstarted by Harebrained Schemes best known for their crowdfunded Shadowrun games.

Before they ran the campaign the company spent months on the road at conventions, demonstrating the game to thousands of people. They went to game stores demonstrating it. They had to build awareness and preparation so by the time of the Kickstarter launch there was an audience waiting for the game to start up.

Next week, we’ll take a look at how to prepare a website, trailer and screenshots for launch.

How have you built a following before launch? Let us know in the comments!

We’re here to help you to take action just like we’ve helped  thousands of other entrepreneurs, business owers and creative professionals all around the globe.

Now is the time to let your passion SHINE.

Now is the time to Make Tomorrow Today! 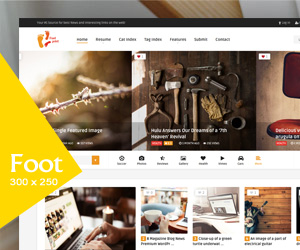